3 Ways I Knew I’d be an Entrepreneur

To be completely honest and probably like every other kid, growing up I had aspirations of being a doctor, police officer, firefighter, astronaut, etc. As I grew older I thought more seriously about what I wanted to do. Architecture was at the top of my list, I was good at the planning and drawing and won a few competitions for my work when I was in high school. When I initially planned to go to college right out of high school I reviewed the degree plan for Architecture and was immediately disappointed because I was not strong in math.

While in high school I worked for a worldwide retail company and was really good at what I did. While I started out as the janitor, I eventually asked to learn more about each department and did; including the lingerie department. By the time I turned 18 I had learned to manage every department, cashier, the cash office, and train others how to do it. As soon as I graduated from high school, the company sent me to the home office to a train the trainer conference. I would become a trainer for the company. When new stores were opened I would go and train new employees in their assigned areas. 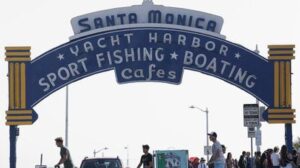 One of my favorite assignments was to open a revitalization effort in the Crenshaw area of Los Angeles. I was there to watch live O.J. Simpson be transported in the white bronco down the highway. My hotel was across the street from the Santa Monica Pier.

Back to my own story…I would end up working for the company for about 10 years in total. The last position I had, I created. I suppose this was my entry into entrepreneurship; experiencing the exhilaration of creating something and then doing it (how many e words are in this sentence?).

In reality, I also knew I would be an entrepreneur because of my parents. Growing up both of my parents held ‘real’ 9-5 (love that movie) jobs. As a young child, it appeared they were miserable. I still remember the day when I saw my dad at home when he was supposed to be at work. I didn’t know anything about what was happening but remember distinctly he and my mom working on a sign for his new business. He had worked as a farmer and agricultural mechanic all his life and now he was going to open his own business doing what he knew.

I remember both my parents working hard on the new business but was too young to remember many of the details. I do remember the day my mom fell off a tractor and hurt her back which would prevent her from keeping her job. For years she worked primarily for my dad getting parts for jobs, raising me and my sister, and nursing her back.

Some years later, when I was sixteen, my mom would start her own business. It would go through several branding changes until she settled on Lone Star Candy Co. The thing I remember most is she used peanut brittle (her staple product) to purchase my first car; a 1969 MG Midget! 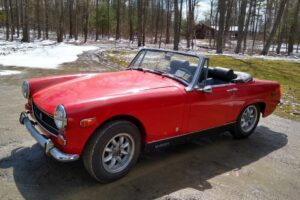 I remember sheets and sheets of the different kinds of brittle she was making. I remember taking road trips to New Mexico in my midget to pick up 100 lb. sacks of peanuts. It was a two-seater so I sat next to one sack and had the other in the small trunk. Decades later she would go on to sell that business and has recently started a new business making gourmet jellies.

I don’t think of my parents as intentionally instilling an entrepreneurial spirit in me. I am sure if I asked either of them they would say I probably decided I would never be an entrepreneur. That kind of life seemed hard, working all the time, making all the decisions, sometimes not knowing where the money would come from or even if it would come. That wasn’t my idea of a great life.

Here I am an entrepreneur three times over. My wife and I started HealingChoice Ministries in 2005, a nonprofit organization to help ministry families through difficult times they often experience as ministers. In 2014, we officially opened the Family Therapy clinic, and am now excited to open Planning the Practice.